August 27, 2013
Krishna Janmashtami or Janamashtami, is also known as Krishnashtami. It is celebrated in different regions of India by differnet names like Saatam Aatham, Gokulashtami, Ashtami Rohini, Srikrishna Jayanti, etc. It is an annual commemoration of the birth of the Hindu deity Krishna. 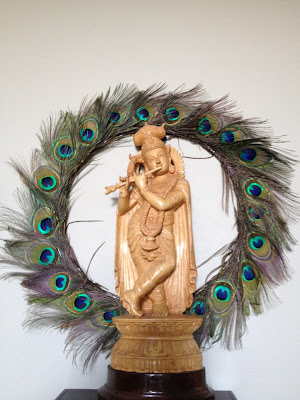 This festival is celebrated on the eighth day (Ashtami) of the Krishna Paksha (dark fortnight) of the month of Bhadrapada which every year falls in the month of August or September. God krishna was famous for his Ras Lilas. The term Ras means Aesthetic and Lila means play or dance, which roughly translates the meaning of Ras-Lila as " Dance of Divine Love". While the Rasa lila re-creates the flirtatious aspects of Krishna's youthful days, the Dahi Handi celebrate God's playful and mischievous side, where teams of young men form human towers to reach a high-hanging pot of butter and break it. This tradition, also known as uriadi, is a major event in Tamil Nadu on Gokulashtami.

Krishna was the 8th son of Devaki and Vasudeva. And was born to kill Mama Kans.
Mathura (in present day Mathura district, Uttar Pradesh) was the capital of the Yadavas, to which Krishna's parents Vasudeva and Devaki belonged. King Kansa, Devaki's brother,had ascended the throne by imprisoning his father, King Ugrasena. Afraid of a prophecy that predicted his death at the hands of Devaki's eighth son, Kansa had the couple locked into a prison cell. After Kansa killed the first six children, and Devaki's apparent miscarriage of the seventh (which was actually a secret transfer of the infant to Rohini as Balarama), Krishna was born.

After his birth Vishnu ordered Vasudeva to take Krishna to Gokul to Nanda and Yashoda where he can live safely,away from his evil Uncle Kansa.So Vasudeva took Krishna with him and crossed Yamuna to reach Gokul .There everyone was asleep,so he quietly kept him there and returned with Yashoda's daughter.Kansa,thinking her to be Devki's eight child,threw her on a stone.But she rose in air and transformed into Yogmaya(who is Vishnu's helper)and warned Kansa about his death.Then she disappeared.Krishna grew up in Gokul with his brother Balram. Then he returned to Mathura and killed Kansa with the help of his brother,Balram.

In many regions of India, Janamashtami is celebrated by fasting and staying up until midnight, the time when Krishna is believed to have been born. In some parts of India, it is celebrated as Dahi-Handi. The handi is a clay pot filled with buttermilk that is positioned at a convenient height prior to the event. The topmost person on the human pyramid tries to break the handi by hitting it with a blunt object. When the handi breaks, the buttermilk is spilled over the entire group, symbolizing their achievement through unity.


There are few foods made especially for this vrat -

Popular posts from this blog 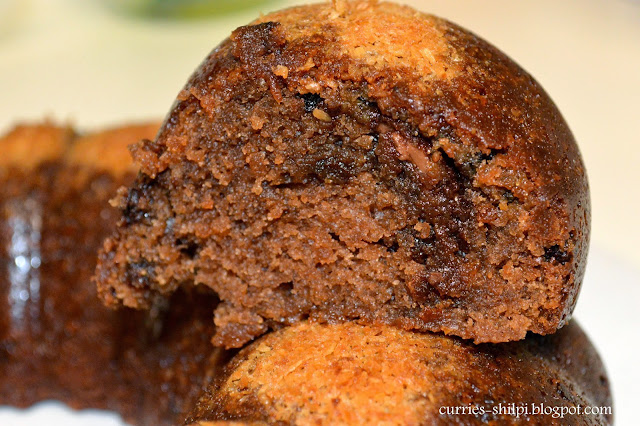 I have been wanting to bake chocolate cake from a long time.... Somehow, the other cake flavors were getting baked and chocolate was not getting it's turn...
The other day, I was googling for the  variety of cakes, I can make, which also goes with this month's theme. I didn't found any cake, in which I can put everything in the batter, and it comes out perfectly as I want... Well, this time I wanted to experiment with, what my heart wanted me to bake... I have been picturing the Chocolate Bars inside the cake from a week.. I knew, Chocolate is going to melt inside the cake.. But, I wanted to see how different Chocolates, together is going to affect the flavors..
I am very happy to inform you,it was one of the most yummy, melt in mouth cake ever... I am so happy, that I did what really I wanted to do.. And it turned out so awesome... Lately, I have been working only with egg-less cakes... Different flavors... And what little tricks, make them moist, yummy and flavorful... …
Read more 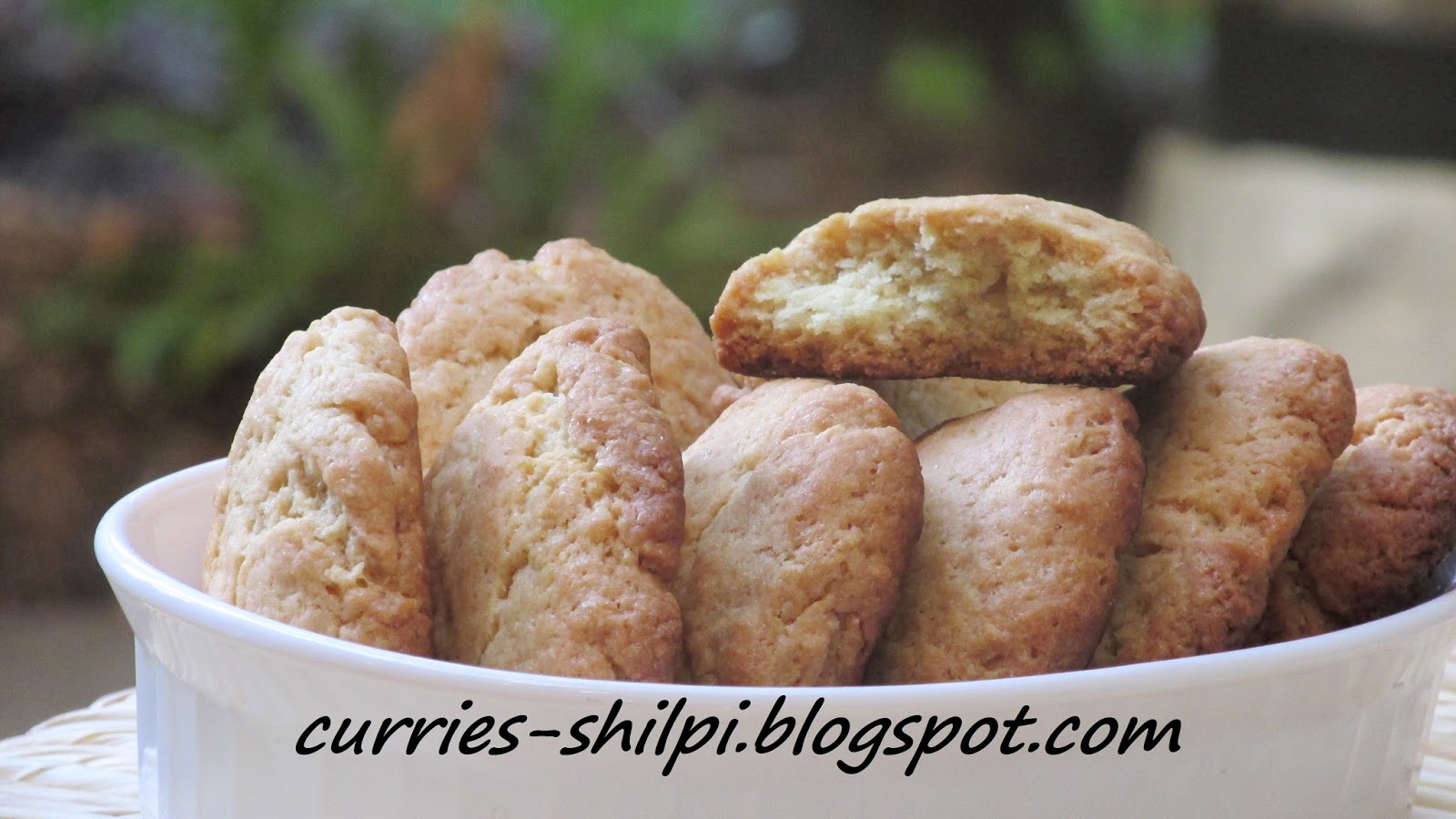 Hello People,
How is everybody doing today? Myself doing great... And I am very happy as well... While growing up, few snacks and dishes, my mother use to cook very regularly... My Mom is  a great cook, and I love to make dishes, in her way.... It has those typical taste, which I really love it... I try my best, but never able to reach perfection in those recipes... Some of them, are Nimki (Salty Biscuits), Thekua, Gujia (A sweet dessert made of All purpose flour and Milk Fat), Eggplant curry.. Well, she is the mom, and may be the taste of food changes, because of the love she adds in her cooking.... Some of those dishes are my favorite... and Thekua is among them... It's a wheat flour cookie, which is deep fried... We basically, belong to that part of India, which loves "Thekua", and can eat any time of year as a Snack... Now, regular or you can say traditional "Thekua", is deep fried on low temperature.... Normally, it takes me about an hour and half to make…
Read more 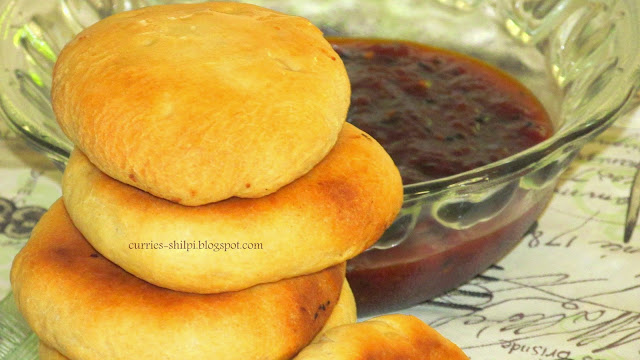 I have very beautiful memories from my Childhood for all traditional foods... Peas used to be a seasonal vegetable when we were growing up... It wasn't like today, that frozen peas was so easily available throughout the year... Peas starts coming in the farmer's market, by the end of November.... But, it use to be very costly, and by the mid of December, the peas were abundantly available in all the Veggie's market.... We were staying in the rural area, and my mom used to buy Peas with cover in a bulk... Me and my sister, use to help her in peeling those Peas, and then she makes small portion packets, and freeze it.. So, that we can enjoy Peas even in summer.
So, these Kachori's became our weekend breakfast in Wintery months... I tried to make it as good as my mom, but then her cooking has a special touch of love, which makes the food much more tastier....

You can fry these Kachori's as well as bake them...  She use to make both of them, as my dad was health cons…
Read more